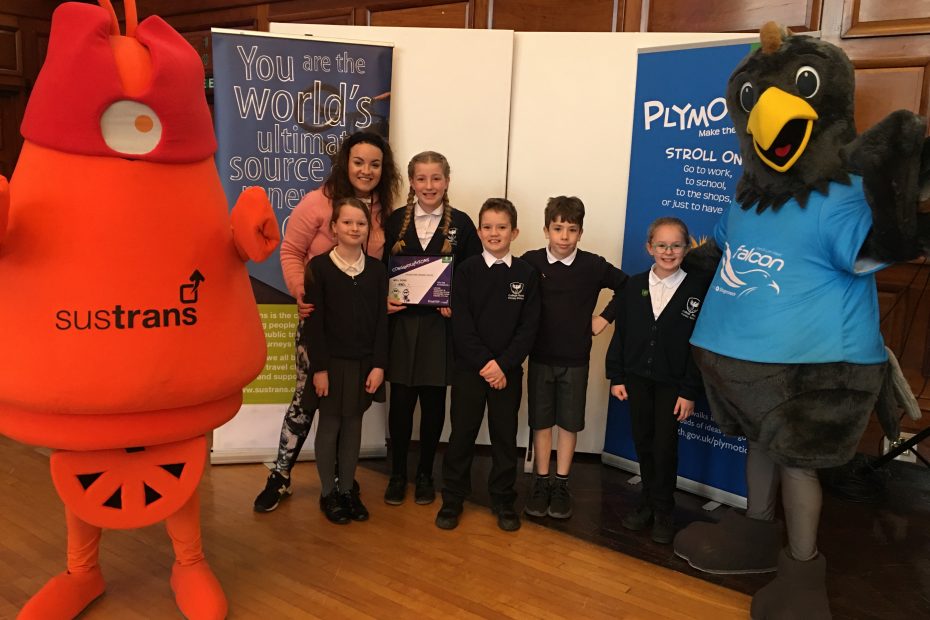 Children from schools across Plymouth gathered at an awards ceremony on Monday 10th February, celebrating their achievements in using sustainable transport methods on journeys to and from school.

Plymouth City Council’s Plymotion scheme and walking and cycling charity Sustans have been working together to encourage and support schools across the city to promote active and sustainable travel to school.

Schools have taken big steps, including: setting up walking buses, investing in bike and scooter parking, putting up covered waiting areas for parents and signing up to the Sustrans Bike It Plus project, which encourages pupils to cycle, scoot and walk to school.

The Council declared a climate emergency in March 2019, with an action plan dedicated to the city becoming carbon neutral by 2030. Plymotion aims to make it easier to get around Plymouth by bike, on foot and by bus, reducing CO2 emissions.

Councillor Mark Coker, Cabinet Member for Strategic Planning and Infrastructure, said: “It’s brilliant to see so many schools, young people and their families taking steps and making more sustainable choices to reduce their carbon footprint. It shows that everyone making small changes really adds up to have a hugely positive impact.”

At the event, seven schools received awards from Modeshift STARS. This national scheme recognises the work done by schools to support sustainable travel, with the aim of improving the health and wellbeing of children and young people. In total, 43 Plymouth schools have signed up so far.

Pennycross Primary School were also presented with a highly prestigious gold Modeshift STARS award, having recorded more than 40 different initiatives to drive change, going above and beyond to embed walking and cycling into the school culture.

The schools celebrated at the event for their efforts to be more environmentally friendly were: