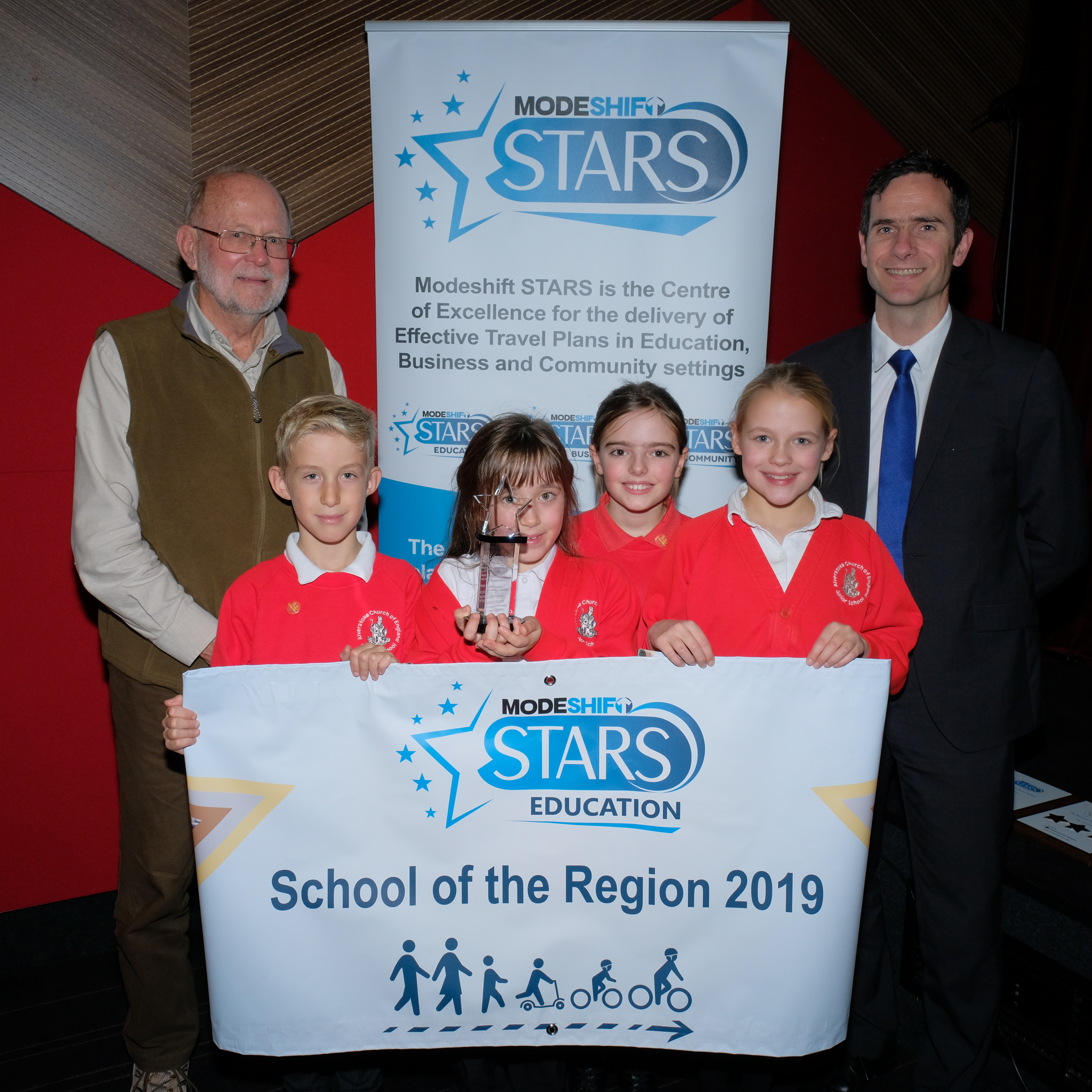 Alverstoke Church of England Aided Junior School are nominated for the National School Travel Awards that will take place in London in March 2020. They will go up against the other Modeshift STARS Schools of the region to compete for the coveted STARS Primary School of the year award.

There has been a sustained and prolonged effort over many years to tackle the issues around driving and parking behaviour at the school via a wide range of actions e.g. cycling, park and stride and walking. Year on year they have been able to reduce their car use and increase their active travel and car sharing modes to make a big difference to their school. The school has taken part in and excelled at all of the opportunities offered to them to make a difference e.g. JRSO, Bike It, WOW, Air Quality and much more, enabling them to have an Active Travel Group formed of pupils across the school who champion and promote active and safe travel.

In the 14 years we’ve been working in the team, this school has continued to engage with active travel particularly focussing on cycling. They have an exceptionally passionate Governor who has devoted much of his time to supporting the school on this area of work and this in turn has translated into an enthusiastic pupil voice. They are an incredibly reliable and hardworking school who appreciate and embrace all that is offered to them and have a model that can sustain an active travel programme not dependent on LA support. The Active Travel Group come up with new ideas like using SCP lollipops and painted pebbles to promote road safety and park and stride: they look for ways to integrate the messages in school eg travelling sustainably to off-site venues and engaging the whole school through challenges such as The Big Pedal, Walk to School Week and the Scooter Challenge. Their air quality campaign resulted in them winning first prize for schools in S Hampshire and designing a banner sponsored by a local business. The group were invited to display their work in the Town Hall on Clean Air Day and have sought to influence the issues that affect the school by inviting local politicians into school seeking to improve their area whilst being successful in securing funding for cycle and scooter storage. This has resulted in a huge increase in sustainable travel proving that hard work and embracing fresh ideas and support can make a big long-term cultural change.

Want to know how your school can participate in the STARS Awards?

By participating in Modeshift STARS your school can gain nationally recognised accreditation for the promotion of sustainable and active school travel. Once accredited your school is eligible to participate in the National Awards and can be nominated by your local authority. Full information regarding our accreditation can be found at www.modeshiftstars.org/accreditation