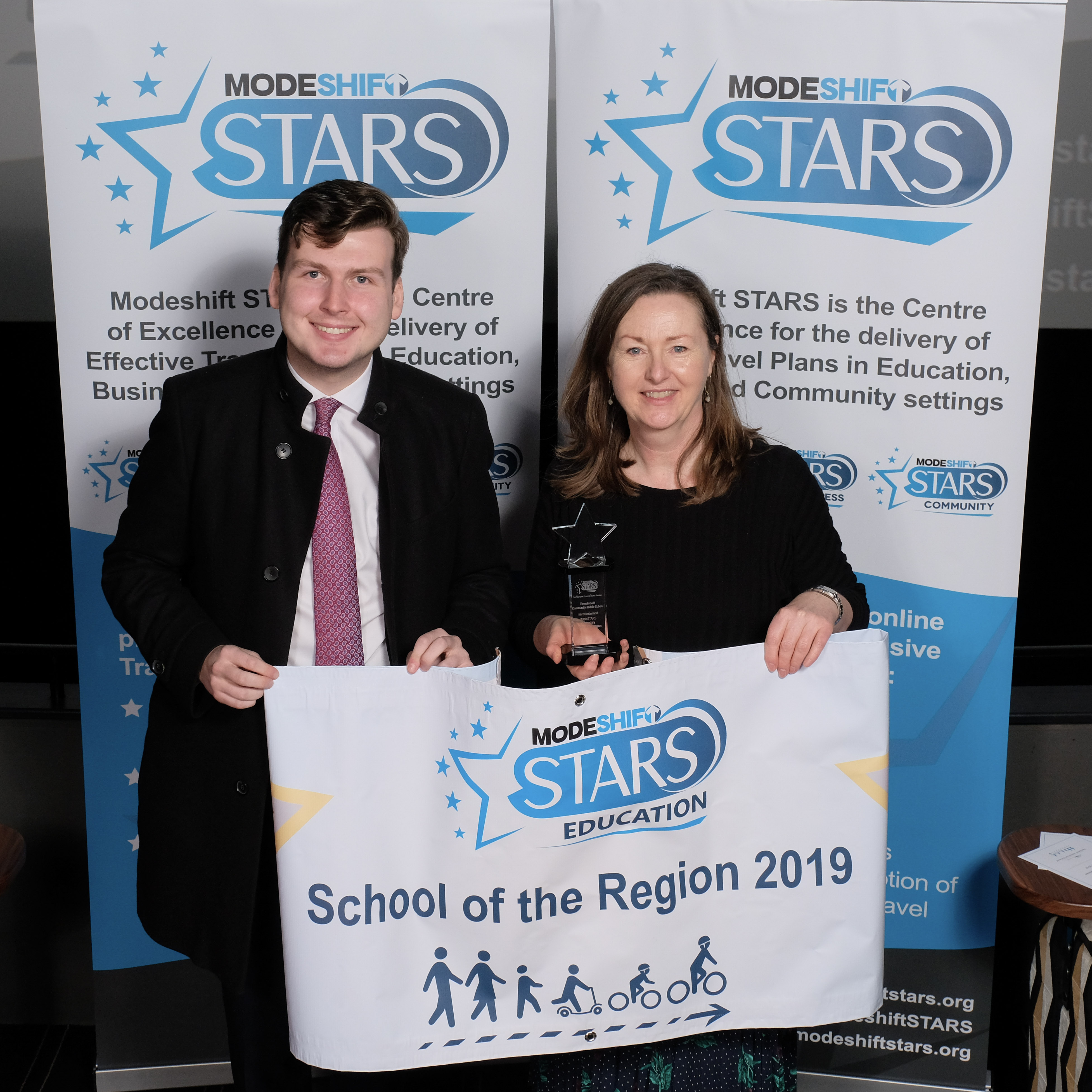 Tweedmouth Community Middle has continued to raise the profile of sustainable travel and to encourage more pupils to cycle to school, taking part in numerous initiatives throughout the year; such as The Big Pedal, Bike Week, W2SW and also the lead up to the Tour of Britain.  This has resulted in more pupils travelling actively to school with an increase of almost 13% in walking over 2 years and over one year an increase in the numbers cycling from 4.6% to 7% and scooting from 1.8% to 4%.  During the Big Pedal the school achieved an average of 74% of pupils cycling over the 5 day challenge and also held other activities such as Superhero Days and Bikers Breakfasts using events to raise funds to improve their cycle and scooter storage facilities.

The school has 3 members of staff trained as Ride Leaders who act as role models to promote cycling, especially to girls who often lose interest in cycling at secondary age. The Ride Leaders have set up a bike club and at the end of term had fun rides to a local beach. The school is also heavily involved in the Tour of Britain this September, with one of the stages starting in Berwick and  we hope that this will further increase the appetite for cycling which the school can build on this year.

Tweedmouth Community Middle School deserves to be recognised for their continuing work to encourage active travel and in particular cycling to school. School staff including the School Travel Champion and Headteacher are committed to delivering a programme of initiatives including W2SW, The Big Pedal and Bike Week and embedding these into the school year, as well as delivering a wide range of other initiatives such as Bikers Breakfasts, led bike rides as well as encouraging take up of Bikeability, setting up a Park and Stride and promoting road safety to pupils. The school also looks for ways to incorporate sustainable travel into the curriculum using bike counts to produce graphs in maths (CU8) and learning how to read bus timetables (PT6). Also having previously encouraged staff to complete Ride Leader and Cycle Maintenance training has enabled the school to deliver a wider range of cycling activities, which they have been able to tailor to their needs and deliver independently.